During the round robin section, tied games will stand. During the medal games, in the event of a tie at the end of regulation time, the game shall proceed to penalty kicks. Only players on the field at the end of the game are eligible to take penalty kicks. Penalty kicks shall be taken in groups of five (5), with the teams taking alternative kicks. If the score is still tied after the first round of five, teams will alternate shots until a winner is determined.

2. The first team on the schedule is the home team. In the event of a clash of colors, the home team will be required to change to their alternate jerseys.

3. All referee decisions are final.

5. Proof of age and eligibility must be presented by team officials upon request.

6. The tournament is open to house league teams that are eligible for Tier 3 or Tier 4 Provincials.

7. Teams may pick up a maximum of three guest players from the same or lower age group from within their registered league. A player shall only be listed on one roster and only players listed on that roster shall play for that team.

8. All mixed teams will be placed in the corresponding boys division.

9. The maximum number of players on a team roster is 20. Of these, you may dress 20 for a game - one is a goalkeeper.

To allow more flow to our tournament games, players may substitute freely without the referee's permission under the following conditions:

Play will not be held up for the substitutions to be completed. Get them done as quickly as possible.

12. Any team playing ineligible players will forfeit the game.

13. If a team is protesting a player's eligibility, the game must be played in its entirety first. The team then has 30 minutes after completion of the game to lodge its protest at headquarters. No other protests will be accepted. Field marshals do not have the responsibility to entertain any protests. If the protest is upheld, the team will be awarded the game by a 3 to 0 margin.

14. A player who receives two yellow cards in the tournament will be suspended from playing in the next game. A player receiving a red card will receive an automatic one game suspension. This may be increased pending the decision of the discipline committee. A player who receives two red cards will be suspended from the tournament. All cautions and ejections will be reported to the team's home association, and to A.S.A. Please note foul or abusive language will not be tolerated. This will be a book-able offence. The teams are responsible for the behavior of players, coaches and spectators.

15. PROCEDURES TO BE USED TO DETERMINE PLAYOFF PLACING DURING THE ROUND ROBIN PORTION OF THE TOURNAMENT IN THE EVENT TEAMS ARE TIED ON POINTS.

All teams are required to show up to the field for their regular scheduled game regardless of current or pending weather conditions. The decision to play the game will be decided at game time.

Tournament organizers reserve the right to shorten games due to inclement weather, and if needed games will go directly to penalty kicks to determine a winner.

Have your teams show up to the field at the regularly scheduled time and if the air quality is at 7 or higher or other inclement weather conditions be prepared for the game to go directly to penalty kicks. The decision will be made by the referee at the field at game time. 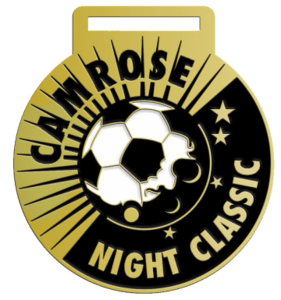